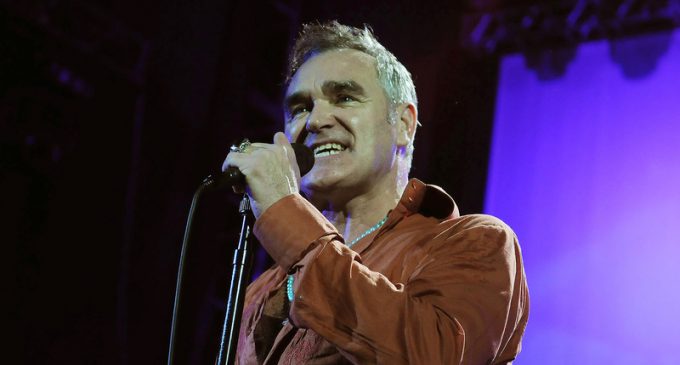 Now very long ago, Morrissey, who was the lead singer of The Smiths in the distant past, made media front pages when he began agreeing with Rightwing Conservatives about the dire threats of Islam and how their insidious invasion of Europe was meant to eventually diminish White Europeans and replace them with an Arabian Caliphate, complete with Sharia Law.  In his rant that earned him a lot of support on social media from Conservatives, especially when he was slamming royalty and their “protected status,” Morrissey made some very valid and lucid arguments against the terror-prone refugees and their migration into Europe.

Understand that the first time he made his comments about Muslims, he was largely ignored, suffering from the well-proven blackouts that occur whenever the Fake News Industrial Complex sees a major celebrity “go sour” (i.e., Rightwing turn).  The Conservative sites published him in big numbers.

This time, the FNIC is having fits of orgasmic pleasure over his newest comments.  Why?  Morrissey has just stated that, “for the good of humanity,” Trump needs to be assassinated!  Turn to the next page for his cry for attention!