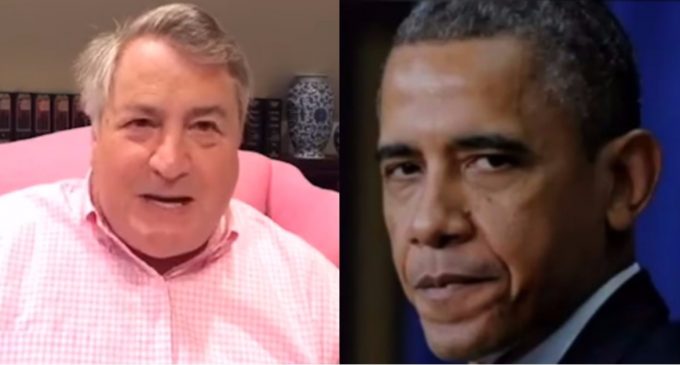 THE FOLLOWING MESSAGE IS FROM THE FORMER PRESIDENT OF THE UNITED STATES OF AMERICA:

“My fellow Americans…as your official, twice-elected, uh, LEGITIMATE president, who was never under investigation for any reason, even when the White House was falling down around us for various reasons that were never my fault, uh, I have (as previously stated on short-wave radio addresses) set up my own base of operations two miles down the road from my former slave-built home (where Michelle and I and our lovely girls, Malia, Sasha and Valerie lived in lavish splendor on the taxpayer dime).  By the way, did you know that the first Ramadan Iftar dinner was held at the White House more than 200 years ago, hosted by Thomas Jefferson?

This base of operations which I had aptly named the Department of Shadowy Endeavors (DSE) has been renamed by Michelle because she really, uh, detested the name.  It will now be referred to in future communiques as the Society of Continuous Resistance to Enemy Wrongdoing by Trump (or SCREW Trump for short).  Our focus will be on ensuring continuous leaks from every facet of the United States Government, to include the intelligence community, military, finance, and entitlements divisions, as well as Congressional leaders, Right and Left.  The ultimate goal of SCREW Trump will be to…well…to screw Donald Trump, basically.

We have been using my brand new posh $5.3M Paloroma mansion and wonderfully roomy 8,200 square feet as our base of operations for the past six months and so far, this has been a great success!  We've been able to manipulate the entire Fake News Industrial Complex (FNIC) to complement nicely our leaks and innuendo (although the trouble percolating at CNN is worrisome and we are endeavoring to, uh, “fix” that problem soon enough).

Suffice it to say, that I, as your president, will continue to work hard in securing a bright and job-free future for all Americans as I work behind-the-scenes to subvert, suppress, sabotage, and subjugate all signs of progress from the Trump administration.  I told you that I wasn't going anywhere when I departed the grounds at 1600 Pennsylvania Avenue, and I meant it.  Let me be clear:  We will not quit until I am sitting on the throne in that Oval Office once again.

My fellow Americans…thank you for your continued support in screwing Trump.  I won't let you down.

Your Humble President, Barack Hussein Obama, Leader of the Free World, Winner of the Nobel Peace Prize, Idol to Millions All Over the Planet”

Former pollster and prognosticator for Fox News, Dick Morris, who once served as the campaign advisor to Bill Clinton, has created an interesting and controversial video blog that goes into detail about the SCREW Trump movement and how it is being done just a couple of miles from the White House!  Read on the following page about how his “insider information” allowed him to name names and watch the video that describes the ultimate aims of Barack Hussein Obama!