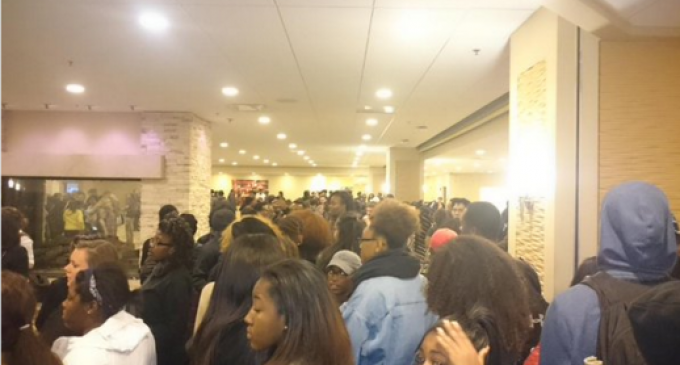 Black healing zones, where no white are allowed, are the newest development toward ‘progress' at the University of Missouri.  The white students who stood with the  “concerned student organization” are now being kicked to the curb for their support and being told they have to leave, as they are apparently not part of this so-called healing process.

Healing from what? Somehow this self made segregation, where the black students are sending the supportive white students off to their own room is counter productive.  Certainly is goes against Martin Luther King Jr. who was not concerned about skin color, but rather character content.  And these students lack character if this is how they behave, recreating segregation to benefit their “need for healing”.

Will this new organization demand black only water fountains?  Black only bathrooms?  Will the white allies not see the contradiction in the movement, that should address race issues, but instead it is perpetrating the norm in a topsy turvy fashion? It appears this students movement is heading back to  pre-civil rights days by sending the whites to the back of the bus.

More information can be found on page two regarding the segregation put in place by this concerned student organization.