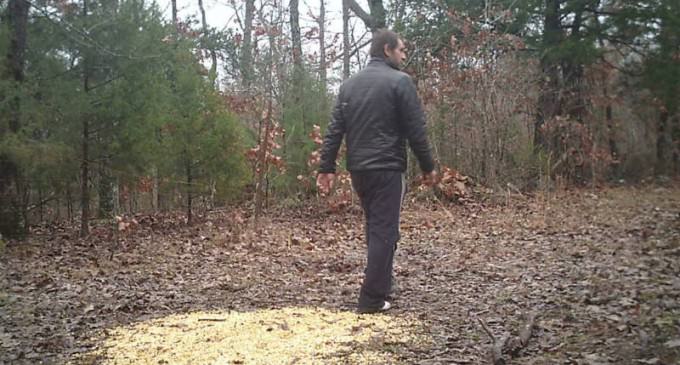 A picture of a man walking through the woods of Madison County, Missouri has got the local community spooked. After word spread that the FBI is investigating mass cell phone purchases in the area, a picture of a man unknown to the people in the area has many speculating as to who he is, and what his intentions in their community are.

Cell phone purchases have long bed a red flag for FBI investigators, as the devices can be used as a remote detonation device for homemade explosives.

With the entire nation on edge due to recent terrorism-related shootings in San Bernardino and Paris, what may be just an innocent picture of a non-local man now has many concerned. Previously thought to be relatively safe, the San Bernardino shootings now have many concerned that non-metropolitan areas are just as much of a target for terrorism as our country's biggest cities.

To see the report, as well as eyewitness testimony concerning the strange man, continue reading on the next page: