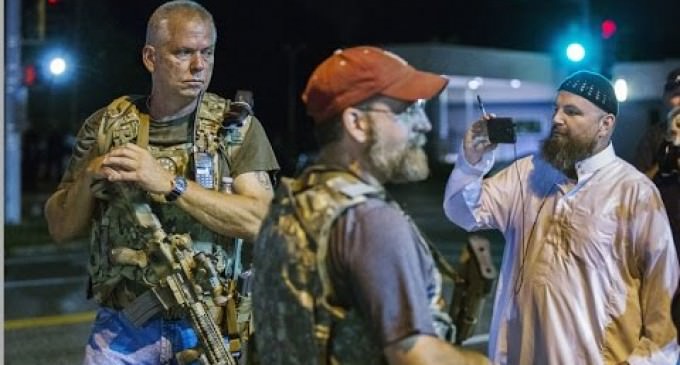 During the Ferguson riots of last summer Missouri Governor Jay Nixon denied the police the aid of the National Guard to help quell the riots and rioters.  Now, at the first anniversary of the Ferguson riots, as activists called for “demonstrations”and Oath Keepers started to respond to protect the shops and shop owners which sustained over 5 million in damage just a year ago, one Missouri Congressman, Rev. Emmanuel Cleaver  called for the Oath Keepers to be “taken out” on MSNBC.

Let’s look at what he actually said and compare that to previous riot situations. Check his despicable remarks out on the NEXT PAGE: