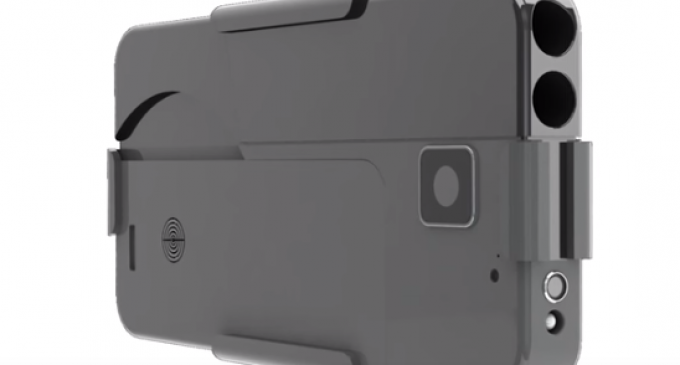 Thanks to the wonders of modern technology, gun owners have a myriad of new ways to exercise their constitutional right to bear arms.

Of course, the Left is not happy one bit about this and looks at every opportunity to quash any technological developments that could benefit firearms enthusiasts. We all know about the hysteria they stoked over the ability of 3-D printers to make fully-functional guns, but that's hardly the only thing they're outraged about.

Ironically, it was to keep vehemently anti-gun people from questioning or otherwise viewing gun owners in public places with suspicion that Minnesota resident Kirk Kjellberg invented a gun that doesn't look like a gun. Instead, it looks like a cell phone.

Of course should you actually have to use it, God forbid, it unfolds so that you can handle it like any other firearm. This means you could be publicly carrying a gun and people would be none the wiser, something that is already infuriating would-be gun grabbers.

See video about the folding gun on the next page: