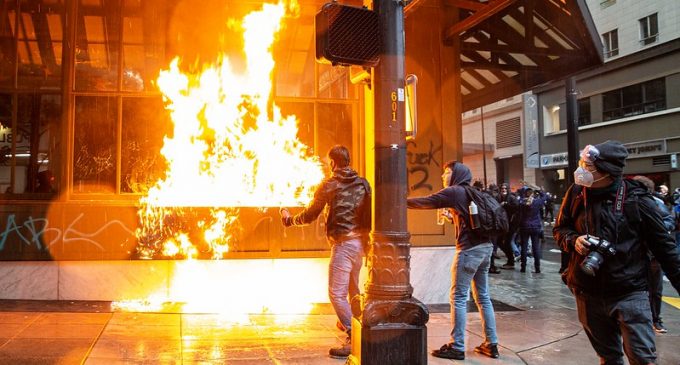 How long for this world are cities that defund their police departments? How realistic of a goal have the far-left set to rid their cities of police in the first place?

Minnesota Rep. Ilhan Omar tweeted that the Minneapolis Police Department is past the point of being saved and should be disbanded.

“The Minneapolis Police Department has proven themselves beyond reform,” Omar said. “It’s time to disband them and reimagine public safety in Minneapolis. Thank you to @MplsWard3 for your leadership on this!”

President of the Minneapolis City Council, Lisa Bender, made it quite clear that she intends on completely dismantling the police department.

“Yes,” Bender tweeted. “We are going to dismantle the Minneapolis Police Department and replace it with a transformative new model of public safety.”

Yes. We are going to dismantle the Minneapolis Police Department and replace it with a transformative new model of public safety. https://t.co/FCfjoPy64k

Some Minneapolis residents are urging each other to not call 911 in the event of an emergency as a form of protest against police.

Yea, that will last long. First sign of trouble and…’who ya gonna call’?

In a recent survey, 4 out of 5 truckers, who already have one of the most dangerous jobs in the country, said they wouldn’t deliver to a city with defunded police.

But that probably wouldn’t be the reason cities would come to their senses. No, they would be likely to have a quick change of heart when patriots – who decide to stay in such a city – take to the streets to deliver that street justice the far left seems to be crying for.

Move to the next page, because that’s now in play.