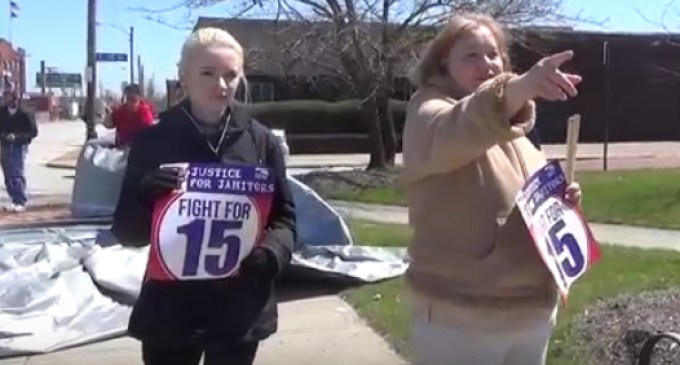 Bernie Sanders — and to an extent, Hillary Clinton — has staked his campaign on the idea that corporations are evil entities set out to destroy their employees, the environment, and 99% of the American people in general.  Liberals argue that because corporations exist for the purpose of — gasp! — making money, they are inherently nefarious.

The Democrats and the socialists constantly harp on the destructive nature of free enterprise.  “How dare these CEOs make high salaries when many of these companies have employees that make minimum wage?”  Perhaps the burger flippers should be making the same salaries as the CEO?

Liberals, however, look the other way when it comes to the salaries of union bosses.  Despite the fact that union employees occupy some of the lowest-paying jobs in the country, union leaders are making bank.  This doesn't seem to bother the Democrats, though.  I'm sure that has noooothing to do with all of the donations and endorsements Democrats receive from those unions.

In fact, liberals lobbying for a $15/hour minimum wage do NOT want to talk about how much union bosses are making.

To watch what happens when these clueless chuckleheads are posed with some thoughtful questions — and try to contend with facts, continue on the next page: