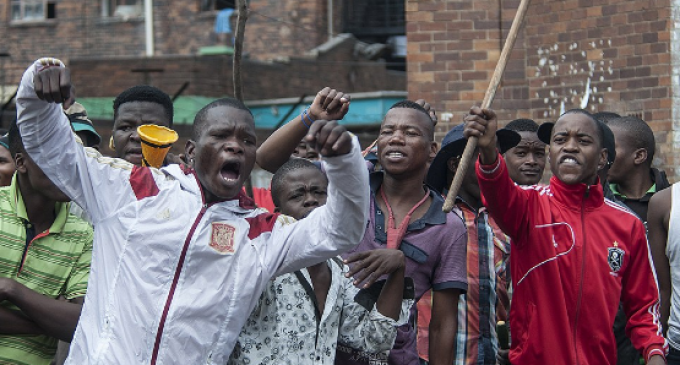 What do liberal Millennials and migrants have in common? They both feel like they're entitled and like to smash things when they don't get their way. Once again, Germany was plagued with migrant violence when some Somali migrants smashed the doors and windows of a business after refusing to pay their bill, leaving the owner fearing for his life.

This isn't the first time something like this has happened. A few months ago some Syrian migrants in the Netherlands were complaining about the food they were being given, the accommodations and the lack of television. Then just a few weeks ago, migrants blocked traffic in a crowded intersection because they were tired of the clothing that was being supplied to them by the Catholic church. Oh, did I mention that all of the things they were complaining about was given to them free?

Much like in those cases, the Somalis believed that just because they were migrants that they shouldn't have to pay. They even said so.

Find out what they did after on the next page.