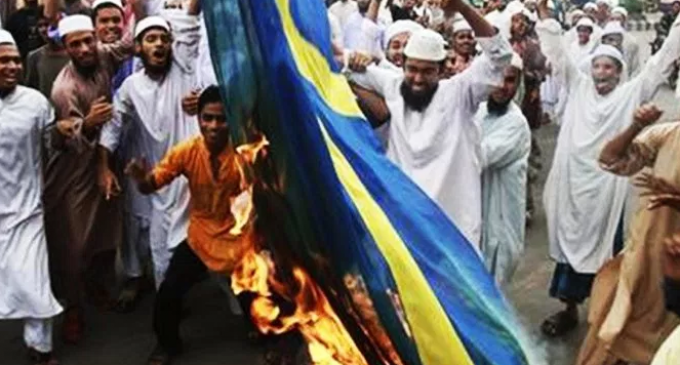 The Rape Capital of the World still holds the record for the most rapes by one religious group.  Care to take a guess which religious group we're speaking about when it comes to vicious assaults on women in Sweden?

While it's not a well-covered subject matter in the New York Times or the Washington Post, nor is it of particular interest to the editors over at CNN, MSNBC, CBS, ABC, BBC or PBS, and, as well, doesn't seem to be anything of even passing fancy over at NPR, Time, Newsweek, GQ, or Cosmopolitan, Woman's Day, Rolling Stone or Redbook (Leftist rags all, by the way).

Ironically, the only people interested in talking about serial misogyny and sexual harassment by Liberals are the very people that the Left says is committing the so-called War on Women.

Sweden has the distinction of being a nation that has been importing Islamic culture by the millions for decades and has allowed the creation of a near-majority Caliphate in the country, pushing out its own proud heritage in favor of an Arabian-style culture that appears to embrace nearly every single lifestyle choice that is diametrically opposite to the European view of what's proper and ethical toward humanity.

The result has been a dramatic and deadly rise in anti-Semitic attacks in the streets, the exponential growth of Muslim ghettoes throughout the nation, the pushing out of White citizenry who cultures no longer “fits” with the new populace, marked alterations in long-existing laws which the Muslim population rejects, and an urge to attack as many White women as possible to dilute the ethnicity that they so despise!

Welcome to the Swedish Caliphate.  Turn to the following page to learn about the latest migrant attack where one of the 20 men who gang-raped a woman called it “fun!”