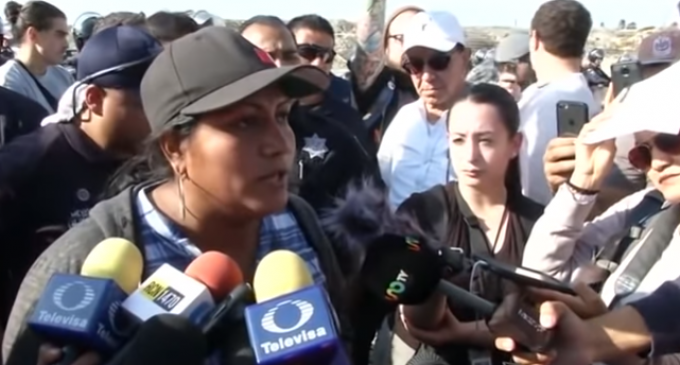 Two groups of Central American migrants marched on the U.S. Consulate in Tijuana on Tuesday to demand that they either be processed through the system to be granted asylum or that each be paid $50,000 to go home.

Perhaps George Soros has yet to pay them what they were promised?

It wasn't too long ago that Antifa called out Soros for late payment. “Soros, Soros pay us our money,” they could be heard chanting during one of their ‘protests'. While the migrants probably don't know to call out the leftist billionaire by name like Antifa did, their demand to make good on promises is the same.

Back in October migrants were seen accepting cash in Honduras. The video was posted on Twitter by Rep. Matt Gaetz and retweeted by President Trump. Did the scrutiny cause an absence of future payments? Well, Mr. Soros, the U.S. certainly isn't going to pick up your tab. Pay these guys and let them be on their way.

Check out the details on this story on the next page.