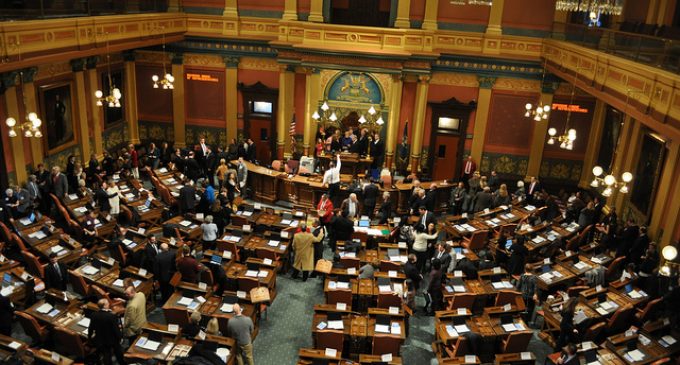 I was raised by cultish religious fanatics. And no not by radical Islamists or New Agers, but a fringe Christian sect. The common denominator between the two was deluded psycho nutjobs living in the dark ages.

Even just on this site, many people make jokes about Muslims fucking goats, raping, beating or mutilating women and children. And although I know most of you’re going to cringe at the comparison, this is real, and a lot like where I grew up.

Parents can think they love their child while also believing their perception of God forces them to beat their child every day in order to cleanse the darkness from their soul, or that innocent children entice their rapist and are the ones at fault. Such societies are deprived almost beyond Western comprehension. But, very much hidden or legally protected and embolden to the point of parading these heinous practices in the broad light of day like the 5 letter religious community starting with an I does today.

Fanatical fundamentalism can threaten any religion. And it’s not the religion, it’s the psychos using it as cover. That is what makes Islam so dangerous. The New Testament lends no support to rape, child abuse, or the oppression of women. The Qur’an, on the other hand, is a completely different story. The evil is so entrenched into everyday patterns of living and societies so separated from mainstream culture that it often goes overlooked.

Those so called 3rd wave feminist has no idea what true oppression or sexism is. And one of the reasons I refuse to have absolutely anything to do with them is that they are completely silent whenever an issue truly harming women is brought to light such as Female Genital Mutilation while simultaneously advocating for a violent oppressive religion that has 5 letters and starts with an I to have religiously protected rights here in America. There is a connection between the two. Just because we’re living in a 1st world country doesn’t mean demented people aren’t fighting to take us back to the Dark Ages, and is, in fact, one of the major goals of the establishment and the global elite for bringing about a new world order.

Did you know the CDC estimates that approximately half a million girls in the U.S. are at risk for FGM and that the Hadiths show Prophet Mohammed supported this practice?

That is why the recent legal victory in Michigan is so heartening. Governor Rick Snyder signed 13 bills on Tuesday making FGM a felony in MI punishable by up to 15 years in prison.

Did you know that only 26 states have passed legislation banning this demonic practice? Did you even know if FGM is illegal in your state? And do you even care? More information and the states that have banned FGM on the next page