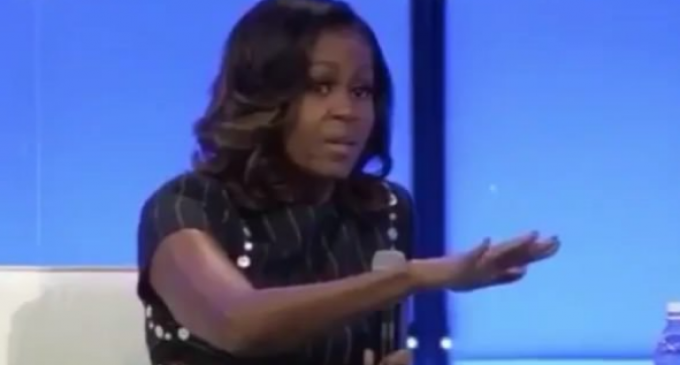 First of all, she shared that while Barack was working in the Senate, and she was employed at the University of Chicago Medical Center, she refused to attend mandatory meetings because it was (sexist and racist), for management to think a virtually single Black mother had time to do her job. Despite, having her mother come over every day and a babysitter. But, that struggle is just one of the many reasons she feels she is just like us.

Michelle also offered some alarming insight into the type of advice she gave Barack during the presidency. And for a woman who somehow managed to attend Harvard, it sure doesn't seem steeped in logic or critical thinking. Odd, right? I mean, anyone could easily debunk Michelle’s latest attack on human equality and reason. Can you? Continue to the next page to learn why Michelle believes the colors white and grey are causing people to hate politics.