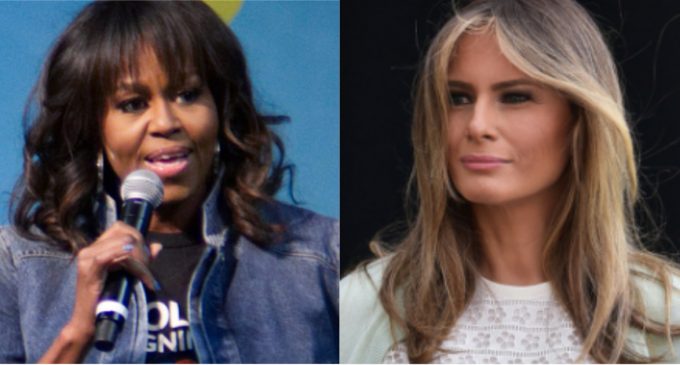 Apparently, Michelle thinks America just hasn't had enough of her zingers after the 8 years her husband held office. Perhaps Michelle is putting together a greatest hits album and is going for a box set.

One would imagine that her “White People” CD in her box set would contain commentary such as “Museums are for white people”, or ‘People don’t trust politics because of white men’.

Of course, her race-baiting rhetoric could fill a couple CDs all by themselves. Michelle's “Americans won't see me for what I am because of my skin color,” drew acolades from self-loathing liberals everywhere. And of course, who can forget her anti-white rant at a Tuskegee University commencement, which will certainly win her an award should Black Lives Matter ever decide to hold their own Grammys:  “The road ahead is not going to be easy. It never is, especially for folks like you and me. We’ve both felt the sting of those daily slights throughout our entire lives. The folks who crossed the street in fear of their safety, the clerks who kept a close eye on us in all those department stores. The people at formal events who assumed we were the help. And those who have questioned our intelligence, our honesty, even our love of this country, and I know that these little indignities are obviously nothing compared to what folks across the country are dealing with every single day. Those nagging worries about whether you’re going to get stopped or pulled over for absolutely no reason. The fear that your job application will be overlooked because of the way your name sounds.”

Well, Mrs. Obama has apparently worked up more material and is ready to unleash it on the public. She begins by giving herself a platform to do so. Turn the page for more: