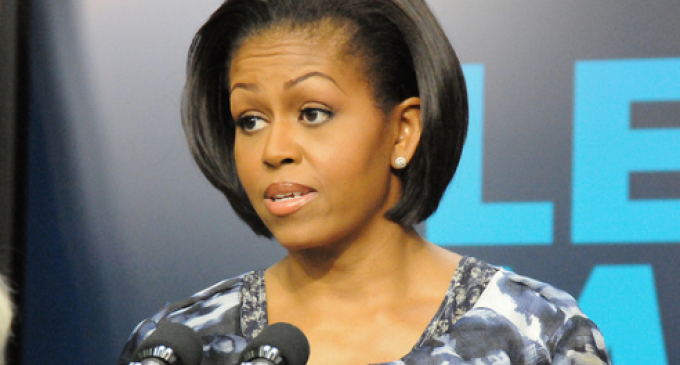 Michelle Obama left the White House with approval ratings far above her husband. Still, she's continuing to complain about her public perception.

Mrs. Obama is lucky she's as liked as she is. During Mr. Obama's first presidential run, Mrs. Obama came off as rude, unlikeable and unrelatable. Her popularity slid even further when she said, after her husband's first primary wins, “for first time in my adult life, I am really proud of my country.”

According to Mrs. Obama, she was only ever proud of America when they were voting to put her family in the White House.

But she recovered — as polls show — despite her fixation on partisan rhetoric and terrible school lunches.

This week, however, Mrs. Obama played the race card despite her relatively good favorability ratings — proving the Obamas will forever blame American racism at every opportunity.

Watch her blame racist Americans for ruining her public perception on the next page: