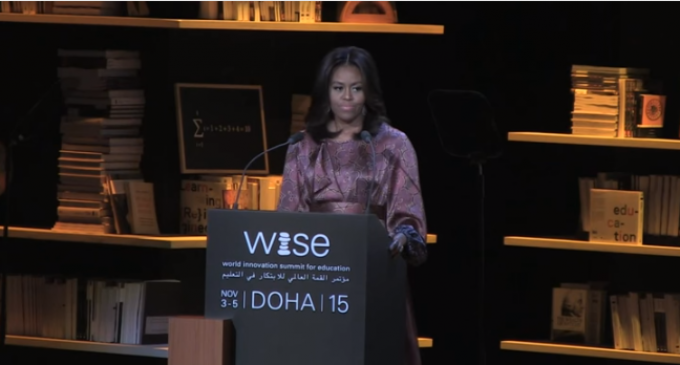 When Barack Obama was elected president, his wife Michelle made an astounding statement.  She said it was the first time that she had been proud of her country.  That is an amazing statement about a country that went from a colonial backwater to the leader of the free world in a short 250 years.

And as a minority, she could have been marginalized and prevented from having opportunities that would lead to success and status.  In actuality she attended Harvard University where she earned a law degree, became a highly paid hospital executive, and ultimately became the First Lady of the United States. She recently spoke to a group of girls at the Qatar National Convention Center in Doha about her past.

See What Michelle Said to Girls in Qatar on page 2