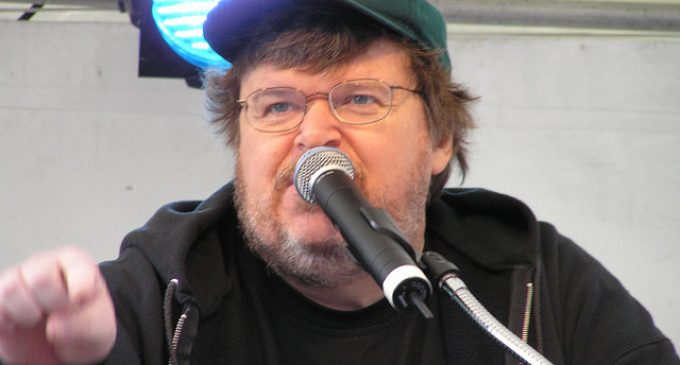 Michael Moore isn't buying the idea that Donald Trump will be forced out of office by the recently-announced Russia probe. Instead, he claims that his next film will be the development that will end Trump's presidency.

This would be Moore's second anti-Trump film — not that anyone noticed his first. That movie, called “Michael Moore in Trumpland” failed to gain any traction beyond its release. Opening last October in only 51 theatres, “Trumpland” made just $149,090. The scale of Moore's failure is particularly incredible when you consider how hungry the left was for anti-Trump media at the time.

So Moore will have to work a bit harder if his next project is going to be “key in dissolving” Trump's presidency, as he claims. But he does have a plan. It involves a major Hollywood producer, a familiar name, and a production clouded in secrecy.

Read all about Moore's upcoming movie on the next page: