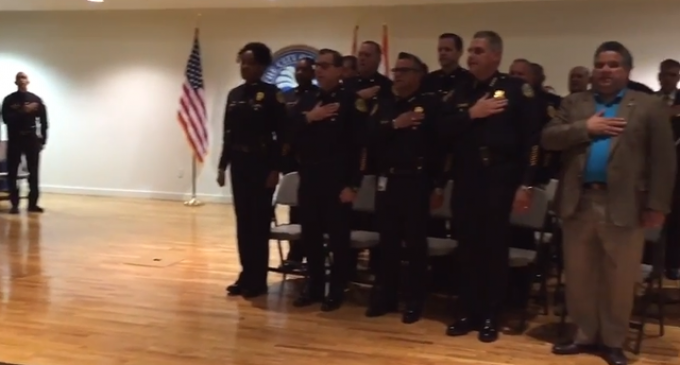 Assistant chief of police, Anita Najiy, created a bone of contention between the Miami Police Department and the Fraternal Order of Police President, Javier Ortiz, after she refused to hold her hand over her heart for the Pledge of Allegiance during a recent promotional ceremony.

Ortiz became livid in seeing Najiy refuse to honor the Pledge, stating that she failed to exhibit courtesy and etiquette that “must be exercised when wearing a law enforcement uniform.”

Ortiz also states that Najiy's disrepect comes from her Muslim belief, but that normal “protections” or exemptions generally given in the name of religious freedom and speech doesn´t apply to those in police uniform because “you’re supposed to be neutral.”