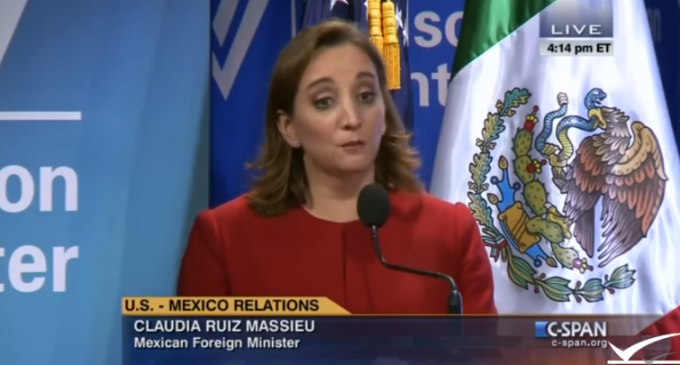 Mexican Foreign Minister Claudia Ruiz Massieu said in a speech on Monday that America needs to bring down the wall of racism and fear that has made immigration, legal and otherwise, a difficult prospect for incoming Mexican migrants.

Her calls for a more tolerant and accepting American immigration policy fall flat against the reality that America already has porous borders. Tens of thousands, hundreds of thousands, of illegal immigrants cross into America every year. Barack Obama extended amnesty for millions of them last year, and the Democratic presidential candidates have made promises or hints of promises at reforming the naturalization process to make the path to citizenship easier on legal immigrants.

Mrs. Massieu seems to be making empty calls for reform from a United States so far past the point of no return on illegal immigration that the raising the subject is considered political suicide for anyone seeking to make the process any easier than it already is.