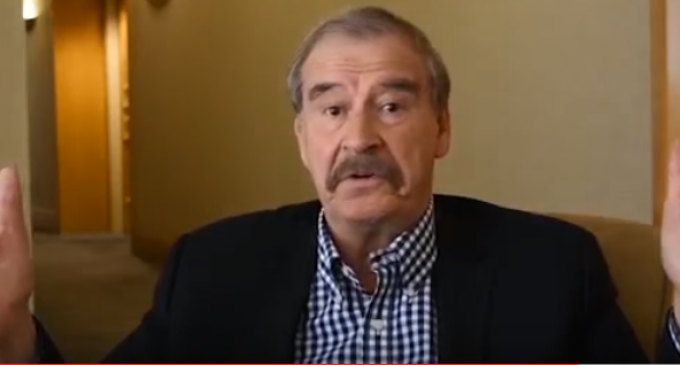 Which is it Vicente Fox?  Is Trump welcome in Mexico or not?

In a recent Breitbart interview he said,  “I invite him to come to Mexico and to see what Mexico is all about.”

Yet, “Tweeting a selfie, Fox stood with the ocean at his back, smiling broadly in the Cancun sun, while telling Trump “YOU ARE NOT WELCOME HERE”, reported Truth and Action.

One moment Fox is cursing at Trump and now he is making amends and apologizing.  Politics as usual?

Remember the Truth and Action report on the “lengthy Twitter rant, Fox reiterated his dislike of Trump and told him he was not welcome in Mexico. His ire toward Trump is evident every time he is brought up, so much so that the famous Fox F-bomb, regarding Trump’s wall has defined the relationship.”

“I’m not going to pay for that f*cking wall! He should pay for it. He’s got the money,” he told Fusion in an interview, reported Truth and Action.

This same man is now apologizing for his behavior and seeking out Trump offering to help him “think more intelligently”.

Read about it on the next page and view the video.