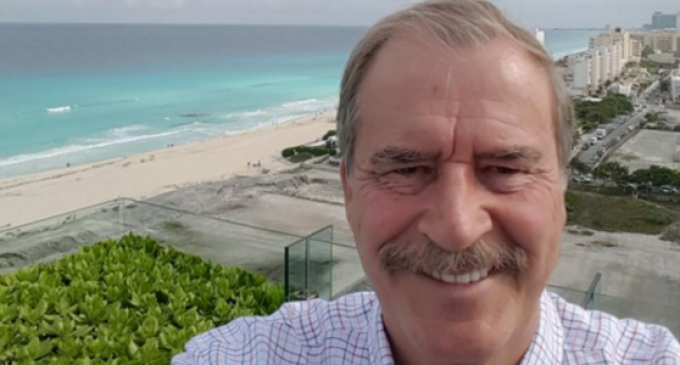 Vicente Fox, former Mexican president, does not like Donald Trump too much.  Tweeting a selfie, Fox stood with the ocean at his back, smiling broadly in the Cancun sun, while telling Trump “YOU ARE NOT WELCOME HERE”.

Fox has been quite vocal in his opinions regarding Trump and his plan to stop illegal immigration from Mexico.

For Mr. Fox, reported Truth and Action, the idea of a wall, one that Trump says he would make Mexico build and pay for, not only destroys the idea of one nation out of three, but made Fox spittin’ mad saying, “I’m not going to pay for that f*cking wall! He should pay for it. He’s got the money!”

Fortunately for Trump, he does not need to gain Fox' support to win the election, though the Fox rants certainly won't help Trump with the Hispanic vote.

View Fox' Twitter rant to Trump on the next page.