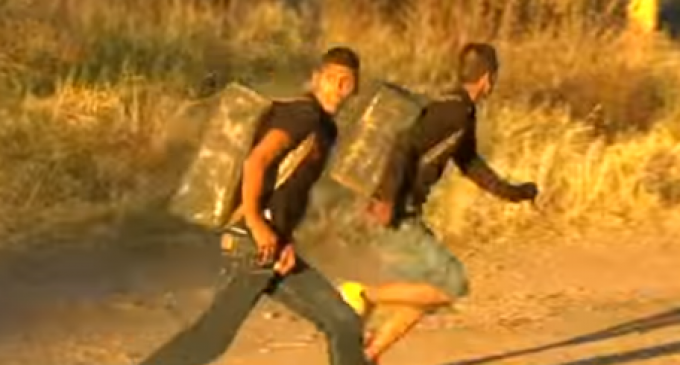 Drug smuggling illegals are able to scale our current wall like spiders and enter the United States, bringing their poison to sell on the streets of America.

At the US/Mexico border in Nogales, Arizona, a TV crew was filming a story, when the inadvertently captured footage of 2 young smugglers, scaling the border fence.  In broad daylight, the two men, carrying large rectangular packs on their backs, brazenly entered the U.S.

Upon reaching U.S. soil, one of the smugglers took out his cell phone to place a call, while they work their way along the border fence.

View the video on the next page.  This unabashed law breaking must be stopped.