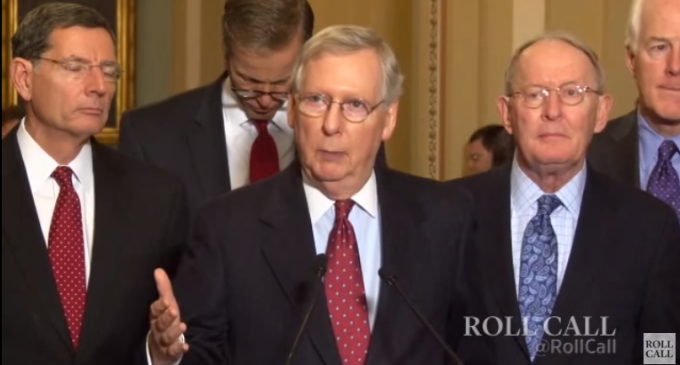 Mitch McConnell (R-KY) had some interesting things to say when asked about Donald Trump's suggested Muslim Immigration ban on CNN's “State of the Union” on Sunday. When asked about the Republican frontrunner's plan to temporarily stop Muslim immigration into the United States, should he be elected, McConnell said that the Senate would never act on it.

During his response, he brought up some interesting things, saying that it would also prevent certain foreign leaders from being able to come to the United States. Among those leaders, he named the president of Afghanistan and the King of Jordan, both people that Trump probably wouldn't want here anyway.

You can watch McConnell's comments in the player on the next page.