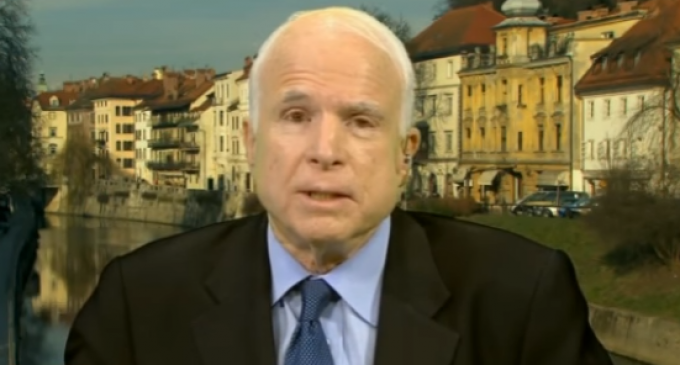 John McCain has seemingly never met a war he didn't like. The hawkish Republican senator always appears focused on foreign wars and actions that require American retaliation. But his most recent comments on Syria put McCain at odds with Donald Trump, rather than Bashar al-Assad.

Make no mistake, McCain supports Trump's use of force against Bashar al-Assad. Both he and fellow neoconservative Senator Lindsey Graham released statements in favor of the airstrike shortly after news of the development broke.

But, unlike the governments of France and Germany, McCain is shouldering some of the blame onto Trump. Meanwhile, the aforementioned European nations claimed that the attack was the “sole responsibility” of Bashar al-Assad.

Read why John McCain thinks Donald Trump is partially to blame for the chemical attack in Syria on the next page: