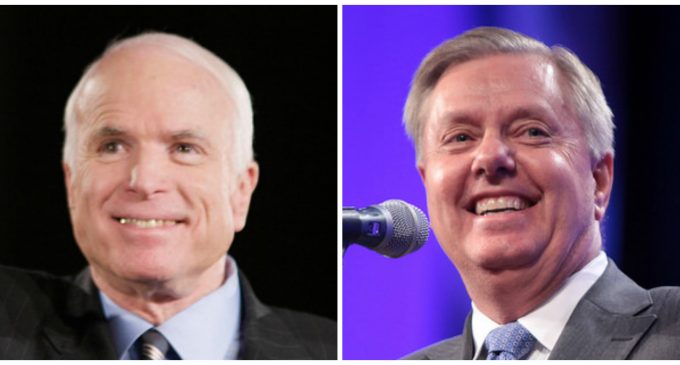 Donald Trump is undergoing a bit of a perception change both in the media and in Washington D.C. Candidate Trump was adored by the far-right but was met with skepticism by the neo-con and moderate wings of the party — but President Trump is having a different sort of appeal. After a moderate health care bill and a retaliatory attack against Syria, Trump is gaining ground among previously-skeptical Republicans.

Among the most skeptical were the Senate neo-cons. This group, led by Senators Lindsey Graham and John McCain, have pushed back against Trump's hands-off approach in the Middle East. When Trump recently claimed that the fate of Syria was in the hands of its people, McCain and Graham balked.

But Trump's tune has changed  — and so have these senators.

See what the McCain and Graham had to say about Trump's military response on the next page: