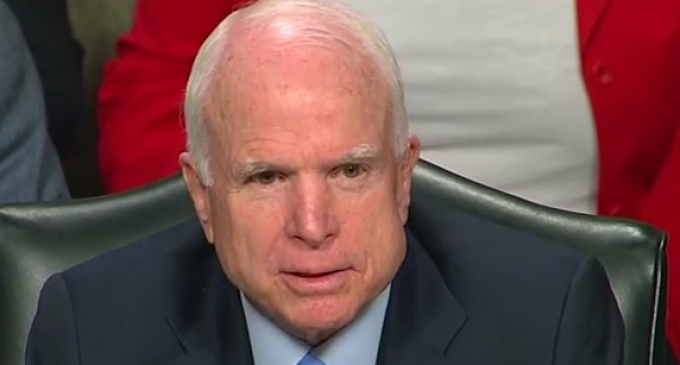 Arizona Senator John McCain’s obsessive hatred of President Donald Trump is close to reaching the point of being pathological. Virtually anything the president does prompts a sharp response from McCain, who takes being a curmudgeon to a whole new level.

It’s hard to say what makes McCain so bitter about the Trump presidency. Is it the fact that Trump was able to achieve what McCain failed so miserably at? Or is it because McCain has always been such a good buddy with Hillary Clinton?

McCain is not alone in his antipathy toward the first Republican president in eight years. The Never Trump crowd would rather see him fail and the country suffer than unite behind him to consolidate power for the GOP.

Of course, McCain has long been a junkie hooked on glowing coverage from the mainstream media for his alleged maverick ways. He feeds on being in the limelight and being the center of attention.

Learn the latest manifestation of McCain’s deranged hatred of the President of the United States. Details are on the next page.