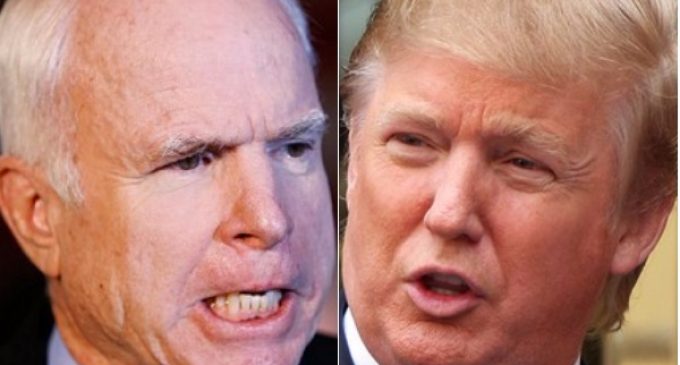 In an admission the Obama administration program run by the Central Intelligence Agency (CIA) to fund, train and arm so-called “moderate Syrians” to fight dictator Bashir al-Assad and ISIS was a dismal failure, President Donald Trump ordered the CIA to shut the program down on Thursday.

One of the key, original backers of the program was Arizona Senator John McCain, who from his sick bed issued a tweet stating his displeasure with the Trump decision.

The Syrian rebel program began with great fanfare as a counter measure to ISIS and a way for so-called Syrian rebels to take on the Syrian army in civil war against the Assad regime.

McCain made several trips to the region to meet with “rebel” leaders. Much to the Obama administration’s embarrassment, later on, one of those leaders was identified as Aku Bakr al-Baghdadi, the leader of ISIS. Other meeting attendees included leaders of the Al-Nusra Front, Al Qaeda’s proxy in Syria. Find out exactly how McCain chided President Trump and how his tweet feeds into the media obsession with the Russia collusion story on the next page.