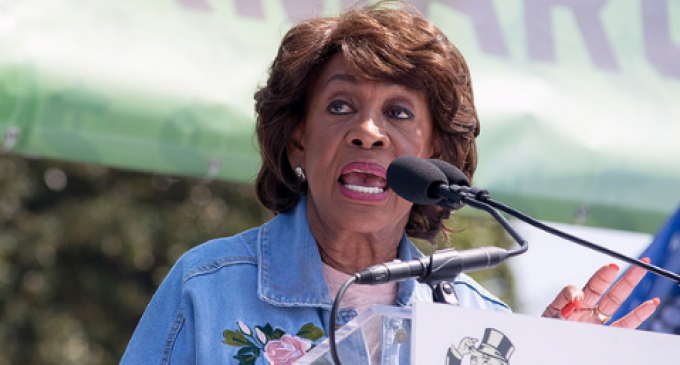 Maxine Waters has been on TV a lot lately. Subsequently, a number of dumb things said on TV has skyrocketed during her on-air tour. Her latest dumb take has to do with North Korea — a country with which she has had some trouble lately.

A few months ago, Waters was making her usual case against Donald Trump and urging impeachment. As always, she mentioned the fact that she believes Trump and Vladimir Putin conspired against Hillary Clinton during the 2016 election. Then, bizarrely, she claimed that Putin had “invaded Korea.”

She probably meant to say “Crimea,” which might be fine if she could actually demonstrate that she knew something about the countries of which she spoke.

She can't. This week, Waters brought up Korea — on purpose — but said something far stupider than her previous slip-of-the-tongue.

See what he said about American negotiations with North Korea on the next page: