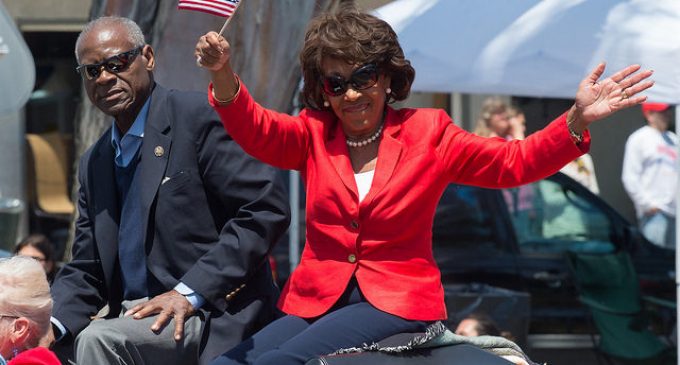 Misrepresentative Maxine Waters (D-CA) who represents almost fully the area of Los Angeles has been in this seat since before Operation: Desert Storm and Desert Shield in the Gulf War when George Bush (41) was president.  That's 28 years!  A case for term limits has never been more clear.

In a piece by Brian Palmer for Slate, the explanation of careerism makes one wonder how we have allowed this sort of Gerontocracy to take hold in our federal government.

…[T]he House of Representatives was widely viewed as an “up or out” institution in the 1800s, much like a modern law firm. Most members served one or two terms, then either sought higher office or returned to private life. The average tenure in the House in 1860 was four years. It doubled to eight years in 1920, as careerism took hold. Changes in House rules made seniority increasingly important and provided a motivation for representatives to keep their seats. In addition, changes in ballot design allowed voters to select a presidential candidate from one party and a senator or representative from another, making it more difficult to unseat an incumbent.

Congress is decidedly older than the populace it represents: Although Americans may serve in the House beginning at age 25, only 10 percent of House members have been under the age of 40 in recent years. By comparison, 22 percent of the general population and 30 percent of registered voters are between 25 and 39 years old. The average American is more than 20 years younger than the person who represents him or her in the House.

It is very interesting that there is a distinct correlation (as Congress becomes more “gray” with every passing decade) between an aging Congressional body that just won't depart Washington and the will of the people being ignored with more and more brazen disregard.  There is that old saying about teaching an old dog new tricks.  In this case, it appears that the old dogs ARE USING the new tricks!

Read on the following page about how Maxine Waters is traveling the country and listen to her answer when asked if her visit to New Hampshire is a prelude to a run for the presidency in 2020!