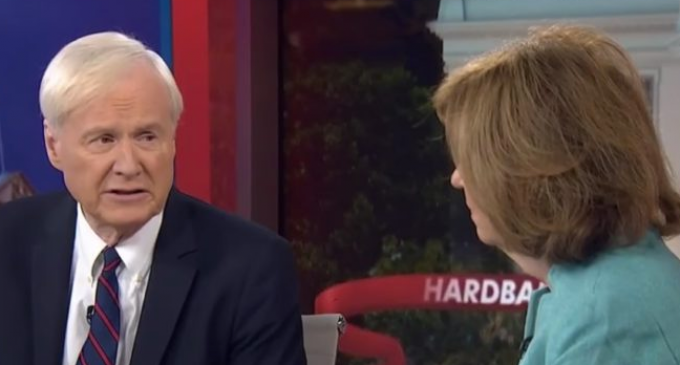 So, when National Enquirer kept insisting to the Associated Press (a tightly run network of Leftist Fake News Industrial Complex (FNIC) news organizations that includes ABC, NBC, CBS, PBS, NPR, Reuters, Time, Newsweek, The New York Times, Washington Post, The New York Daily News, The Chicago Tribune…well, you get the picture) that John Edwards (scandal-ridden running mate to Al Gore) was a womanizing, cheating, and lying husband to a woman dying of cancer and even fathering children with other women outside his marriage, the vaunted and elite AP flat-out ignored them.

The National Enquirer didn't give up that easily.  They did what was usually the trademark of much bigger and better news organizations; something that the AP's satellite news networks had long abandoned:  Investigative Reporting.

They began following the disgraced Edwards and taking pictures, publishing all the seedy details until finally, after years of this, the FNIC had to break down and admit the truth:  Senator John Edwards was a Democrat scumbag.

Chris Matthews believes that the latest spat between Senator Al Franken and a whole slew of women who have yelped and reported his many improprieties is indicative of a greater wisdom that shows that Democrats have the moral high ground when it comes to their treatment of women.  Why are you making that face?  Does it have something to do with the fact that while Roy Moore appears to be one of possibly two or three Republicans who is being accused of sexual harassment, while the Democrat body count continues to mount (up near 60 right now)?

Turn to the next page to watch a video of “The Man Who Talked Too Much,” Chris Matthews, as he insists that Democrats are simply “too pure” when it comes to handling scandals!