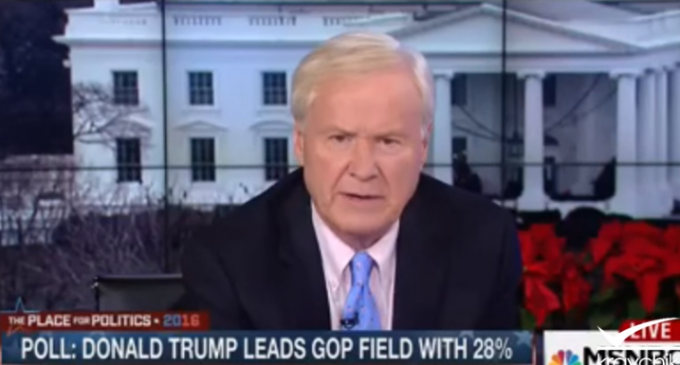 Chris Matthews, never known for being a sensible or fair voice on MSNBC — if there is such a thing — has once again gone on an epic rant against Republicans. Specifically, he targets those who he claims wants to erase Obama from the history books. He's calling them angry white guys.

Apparently Matthews is unfamiliar with the term “pot calling the kettle black,” eh?

How exactly one would “erase” Obama from the history books remains unclear. He happened, and his presidency is a fact that is well documented… so maybe he just means that “angry white guys” are trying to diminish the legacy of Obama by painting his presidency as a failure.

Well, Chris Matthews, Obama has pretty much done that all on his own. He didn't need any help.

Check out the magnitude of Matthew's ignorance on the next page: