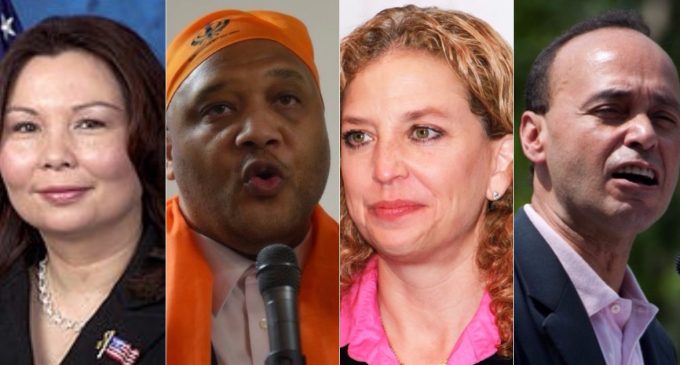 Ardu sabkha!  In Arabic, that phrase literally means “quagmire” or “swamp.”  Why is this significant?

There appears to be, more and more each day, a growing threat that the Muslim Brotherhood and all its many tendrils and associated organizations is on its way to the firm and undeniable establishment of a mini-Caliphate right here in the middle of our own American “ardu sabkha” known as Washington, DC!

Understand that this is no joke, nor is it by happenstance or accident that the terror hub that includes (but is certainly not limited to) Hamas, Hezbollah, al-Shabaab, al-Nusra Front, Boko Haram, al-Qaeda, Taliban, and Islamic State of Iraq and Syria (ISIS) exists as a solid presence within our halls of local, state and…yes…federal government, even up until Congress!

Beyond that, there absolutely could be more.  Our State Department, FBI, CIA and NSA appear to be tainted and infected with the Muslim Brotherhood as well.  What we know for sure is that there are shadow forces there working directly with revolutionary groups behind the scenes at the direction of nefarious individuals who are activists and lobbyists within the Swamp itself!

Who is providing cover for these groups and what is the extent of their reach?  Again, it reaches up to Congress…but does it go higher?  Under a President Barack Hussein Obama, a rolling tide of hires of government employees of Muslim background was established, with Andre Carson of Indiana, the second of two Muslim congressmen, elected the same year as the former president in 2008.  Keith Ellison of Minnesota was elected two years before.  Both are U.S. Representatives.

Turn to the following page to read about the twisted tentacles of the Muslim Brotherhood and how Carson and Representative Debbie Wasserman-Schultz (D-FL) are both implicated in a massive scandal and breach of national security that overshadows even the 1953 outing of Julius and Ethel Rosenberg as Soviet spies!