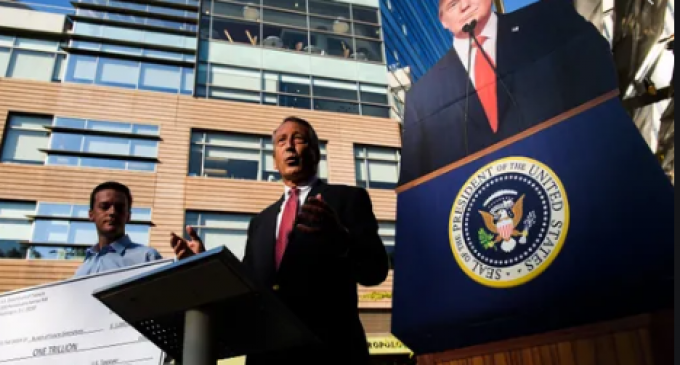 There are long-shots…and then there’s Mark Sanford, possibly the longest shot ever in recorded political history. To say that, like Sanford, Walter Mondale was a long-shot when comparing him to Reagan, you might want to temper that with the fact that, at least Mondale was a nominee. Sanford never even made it to the primary. Oh, wait. That’s because his Republican Party decided to not have primaries in many of the states.

So, what happens when a rival in the same party as the wildly, insanely popular Donald Trump (with a 94% approval rating) announces his Never-Trumper status and takes pot shots at the president? Well, what happens is precisely what has occurred for the former disgraced governor of South Carolina. He disperses like so much gas into the atmosphere.

Sanford announced that he is no longer running for president in the Republican Party against Trump. While that’s not a surprise, given the current mood of the Republican supporters of the president, what is a surprise is the reasons given for the withdrawal of his candidacy.

Turn to the next page to discover the reasons Sanford is giving for why his presidential run never really started!