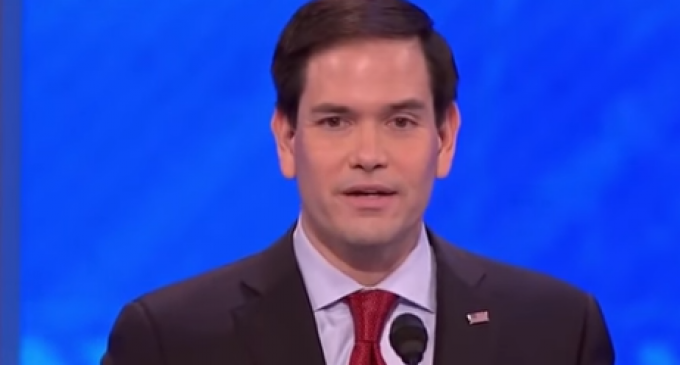 Marco Rubio is doing nothing to ingratiate himself with conservatives and everything to double down on lies he said about the head of Immigration and Customs Enforcement.

When questioned on Fox News about a bombshell article written by ICE Council President Chris Crane that Rubio went out of his way to make things hard for the agency in order to advance his amnesty bill, the senator from Florida went on Fox News to attack Crane, saying he didn't really represent ICE and was peddling conspiracy theories.

Rubio's patently false comments triggered a huge uproar, but instead of apologizing for his obviously wrong remarks, the GOP contender returned to Fox to slander not just ICE, but Breitbart News, which ran Crane's original account, as well. As was the case with his previous statements, Rubio's allegations this time around were completely unfounded.

Read more about Rubio's lies about Crane, ICE, and Breitbart on the next page: