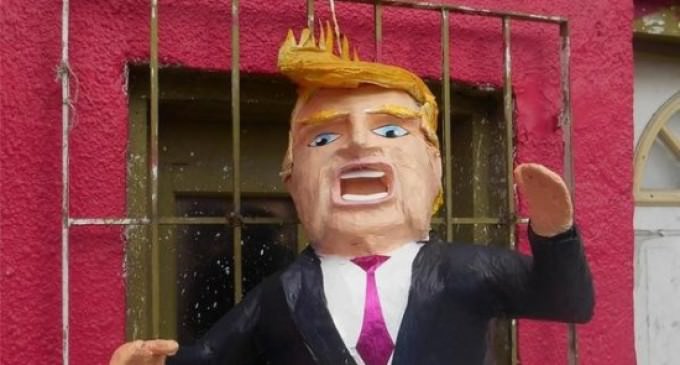 Artist and party shop owner Carlos de la Fuente didn't like what he's heard from Donald Trump since the billionaire real estate mogul threw his hat into the ring for the Republican nomination.

Carlos realized that he wasn't the only one set against Trump's fiery and opinionated tirades against illegal immigration. So the enterprising businessman had an idea.

CBS Dallas Fort Worth reports after the break: