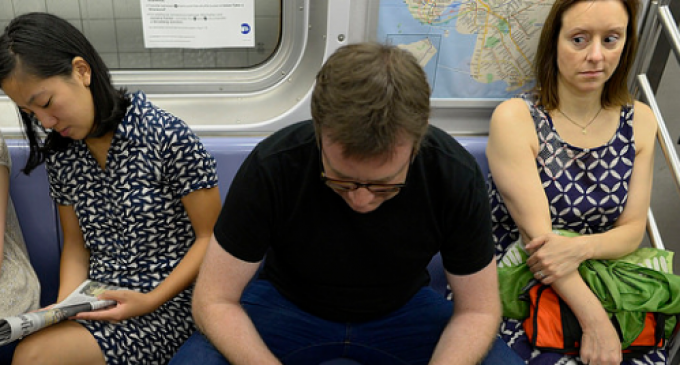 Ever hear of “manspreading”? Well according to feminists it has nothing to do with the fact men have testicles, and everything to do with “toxic masculinity” and a secret hatred of women.

A lot of men really have every right to hate women. No need to keep that a secret.

It’s a tough situation. There is literally an army of pink hatters out there hell bent on literally crushing men’s balls (find out more about that and how it’s going down on the Los Angeles Metro Transit abetted by law enforcement on the next page).

But, what can men do to fight this army? You can’t punch a woman. Bill Burr has already explored that whole problem, brilliantly I might add.

And why shouldn’t men hate feminism? Think about it. Women are PROTECTED and FAVORED while claiming everything men do they find annoying is ‘toxic masculinity” and that they must OBEY or be demonized a backward evil misogynistic sexist creep.

New laws in Los Angeles are fining men for sitting while having balls AND how many other cities and towns already have similar legislation in place.

How is this even legal? That and more all on the next page.