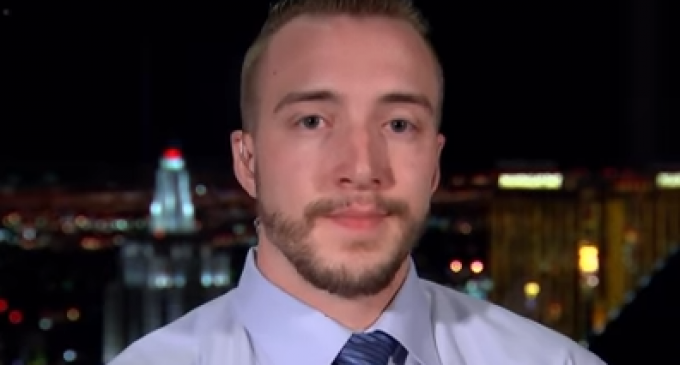 A worker at the Mandalay Bay hotel claims the official story surrounding the Las Vegas shooting is fabricated.

He doesn't come right out and call out the FBI officials pulling the shots behind this investigation. But, his sworn testimony contradicts what we’ve been told.

Remember how the police were supposedly unable to break down Stephen Paddock’s door for 72 minutes because he put metal barricades up blocking the stairwell? Yes, the elderly out-of-shape 64-year-old man “addicted” to (laundering money perhaps via) video poker and making money. That doesn't sound any contradictory alarms.

According to this Mandalay hotel worker – this is not part of the true story that went down that night, and hotel security footage should be able to prove him right if his story holds-up.

Continue to the next page to hear Mandalay Bay employ Stephen Schuck’s SHOCKING eyewitness account on what really happened Oct. 1st, 2017 BEFORE the deadly shooting, as well as audio of his warning to dispatch: