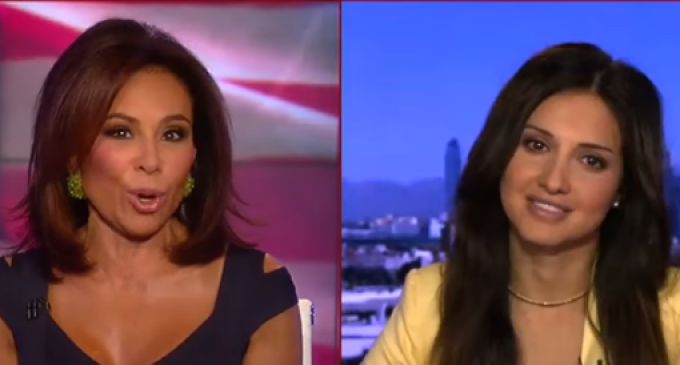 Lili Amini is the Manager of Trump National Golf Club and she appeared on Judge Jeanine Pirro's show to tell her story.

This past six months has seen an obscene amount of anti-Trump coverage declaring Trump's alleged sexism every time the man speaks, Tweets or breathes.

Hillary Clinton desperately played the sexism card as Bernie Sanders closed in on her for a short time, demonstrating her gross insecurity with her own electorate. The last time she was supposed to be coronated, the entire democrat party abandoned her for a freshman senator.

Now that Berine may be behind her, Hillary has decided the sexism will be the weapon of choice against Donald Trump.

The world is shocked.

The problem with sexism being the issue against Trump is that he doesn't have any skeletons in his closet that even begin to compare with democrat leading men. Bill Clinton and John Edwards alone make Donald Trump look Amish.

See the next page for details on Lili Amini's impression of working for Donald Trump.