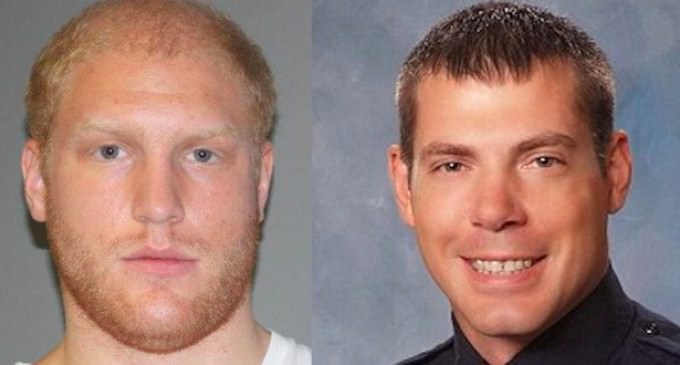 Twenty-two-year-old Grant Jacob Taylor was in traffic when he threw an apple core at firefighter, Dennis Rodeman, and then proceeded to run him over with his truck.

Rodeman also an Iraqi war veteran, and newly married with a child on the way, was with fellow firefighters who were collecting donations for a charity called Fill the Boot, an annual fundraising campaign for the Muscular Dystrophy Association and International Association of Firefighters, when the incident occurred.