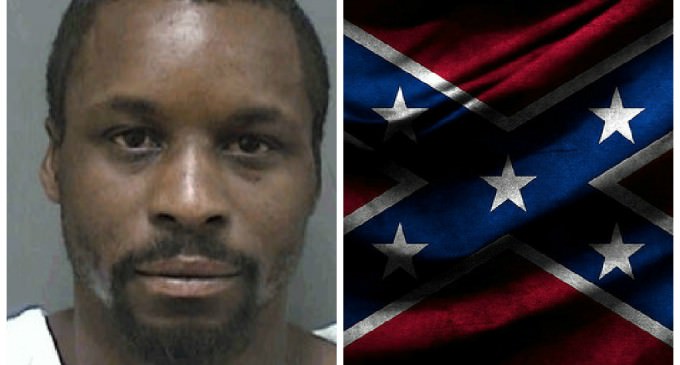 A Racine, Wisconsin man faces multiple charges after having invaded a woman's home to take the Confederate flag out of her bathroom window on Friday, August 7th.

It began as an argument with Tajaun Boatner, 37, asking the woman to take the flag down from her kitchen window. She complied, but only to place the flag in her bathroom window.

A move that obviously incensed Baotner…more next page: