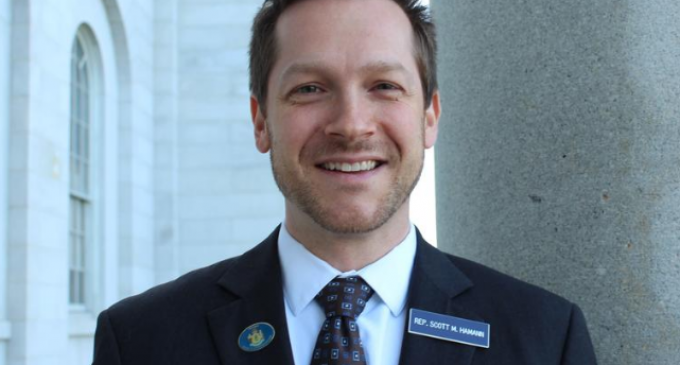 In a profanity-laced Facebook conversation with a friend, a Democrat Maine state representative made what distinctly appears to be a death threat against President Donald Trump.

The post has since been deleted after it came to light, and Scott Hamann has scrambled to weasel his way out from under the deluge of criticism raining down upon his head.

Just imagine how proud his parents must be to know they raised a foul-mouthed jerk who fantasizes about killing the President of the United States!

Maine Republicans are outraged at the incident and have demanded an apology.

Part of Hamann’s foul broadside also included vitriol aimed at Trump supporters. It seems like the hot-headed Hamann may have a future in the national Democrat party, which has become as deranged as he is.

Learn how, after initially being defiant once caught, Hamann has begun to backtrack, knowing his infantile outburst has got the attention of the U.S. Secret Service. Find out just how he threatened the president. The pitiful details are on the next page.