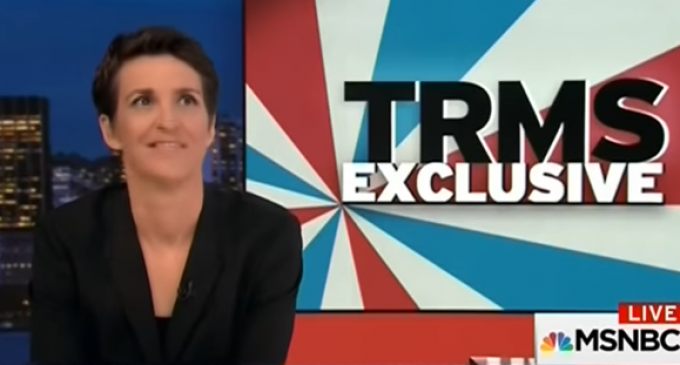 MSNBC host Rachel Maddow must have never learned the lesson of the cat and a hot stove when she was younger.

After thoroughly humiliating herself in March with the ballyhooed production of a Donald Trump tax return that proved he paid millions in taxes, you’d think she would have learned the lesson of relying on documents that turn out not to support her story, and then trying to concoct a weird counter theory.

Last Thursday night, Ms. Maddow came on the air with the strange tale of a purported National Security Agency document that proved collusion between the Russians and the Donald Trump presidential campaign.

The only problem is she had to acknowledge the alleged NSA document was a forgery sent by an anonymous source. Not wanting to have another omelet on her face, she had to figure out a spin that would suit her fake news needs.

Learn the incredible stretch of the truth that Maddow tried to sell to her viewers and the surprising reaction from noted classified document leaker Edward Snowden. The bizarre story can be found on the next page.