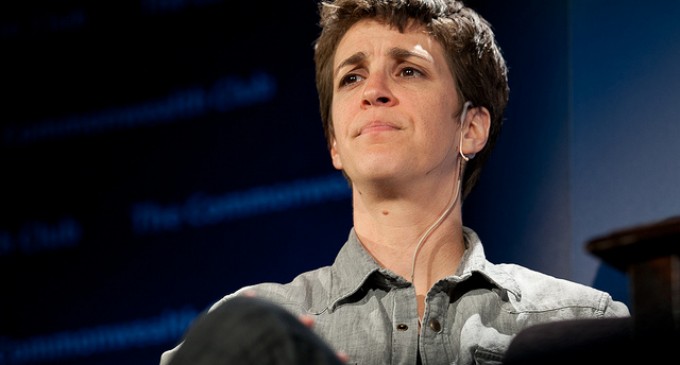 MSNBC's Rachel Maddow claims that she's been “meticulously” preparing herself for a Trump presidency. How might she be doing this, you're probably wondering. She's studying Adolf Hitler, more specifically, she's studying the first few months of his reign as German chancellor.

Is it just me, or has Hitler become the standard for political comparison, these days? Both conservatives and liberals are guilty of it, but it would seem that the only way to not get compared to Hitler is by being a complete and total idiot (i.e. Hillary Clinton). Why are people comparing Trump to Hitler, because of his stance on immigration.

There are thousands of other issues facing America, probably more, and people hate Trump strictly based on the fact that he doesn't want people to break the law and come into America illegally. How does this make sense? These are the people deciding America's future. They're like a horde of zombies who feed off of things that offend them.

Read more of Maddow's comments on the next page.