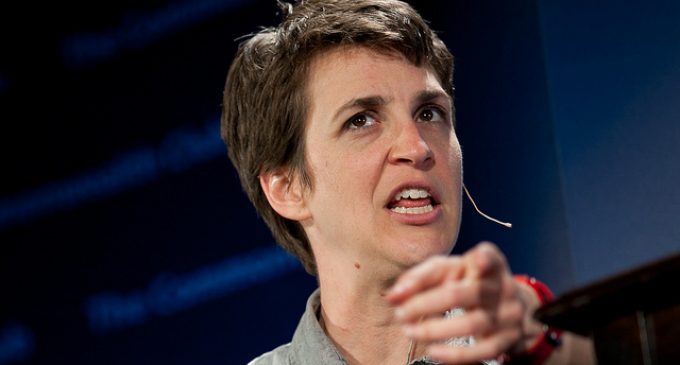 Rachel Maddow really needs to keep her mouth shut when it comes to Donald Trump. The leftist MSNBC anchor is no longer just attacking the president — which she has the right to do — she’s making things up.

It shouldn’t come as a surprise that Maddow has become the mainstream media’s favorite purveyor of fake news. She’s lost so much credibility, factual reporting may no longer really matter to the MSNBC anchor.

Just one month ago, Maddow claimed she had a major scoop on Donald Trump’s taxes. After spending almost her entire show preaching to America, Maddow finally revealed that she had almost nothing. All her show obtained was a copy of Trump’s 2005 tax returns. Ironically, those tax returns showed that Trump had paid millions of dollars in taxes that year alone.

But the universal backlash Maddow received hasn’t stopped her from peddling more false and misleading stories about Trump. This week, she did it again by blaming Venezuela’s troubles on Trump.