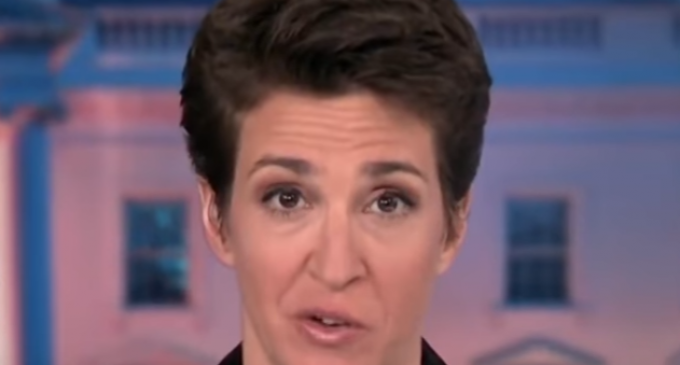 About an hour and a half before her usual 9 p.m. broadcast, Maddow was tweeting “breaking news” that she somehow had gotten copies of the Trump tax returns, and would reveal them on her show.

This news created a major publicity balloon that was almost immediately deflated when the White House scooped Maddow by releasing the topline news that Mr. Trump had paid $38 million in federal taxes on income of $150 million in 2005.

During the course of the 2016 presidential campaign, Donald Trump’s GOP primary opponents, the mainstream media, Democrats and finally Hillary Clinton pressured him to release his income tax returns for public scrutiny.

The GOP candidate said he would after the Internal Revenue Service (IRS) completed an audit that was underway. That position did nothing to satisfy his critics.

Learn how the Maddow “revelation” blew up in her face, subjected her to widespread humiliation, and actually benefited the President.

Maddow likely finds herself in legal jeopardy for breaking any laws regarding unauthorized release of tax return information. It all is explained on the next page.