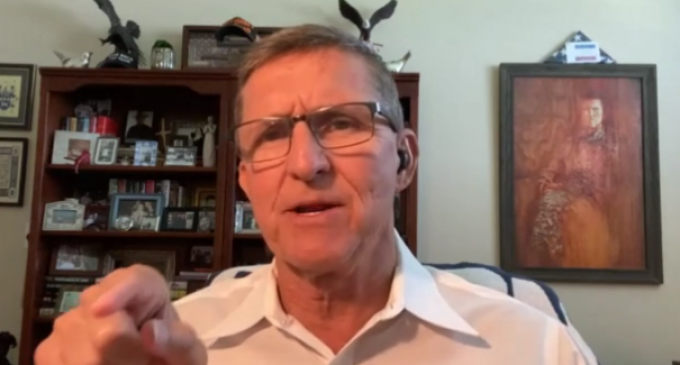 Retired Lieutenant General Michael Flynn, former head of the Defense Intelligence Agency and national security advisor under the Trump administration, said in a recent interview said that “there is a giant psyop being run on the American people to take their eyes off of the 2020 election fraud.”

Speaking with Greg Hunter of USAWatchdog, Flynn talked about the 2020 election, the takeover by ‘small minority' of Marxists as well as a financial collapse coming in October.

This is no longer a conspiracy theory about election fraud.  This is a conspiracy alright, but it is a conspiracy within a group of people that stole the U.S. Presidential Election and also stole parts of the down ballot votes, meaning the Senators and Congressmen.”

Turn the page for the full interview.