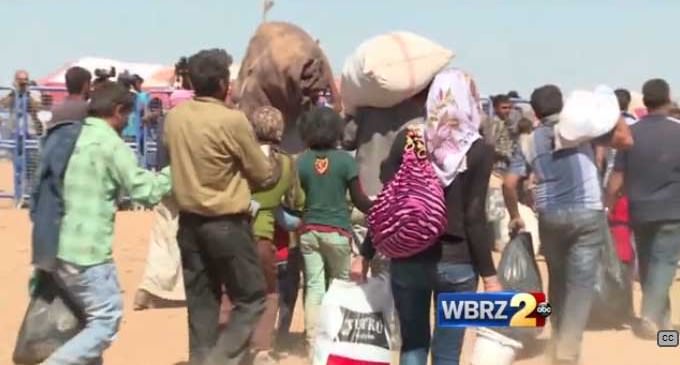 As more information is coming to light about the terrorists responsible for the attacks in Paris, the fact that at least one of them was found to have entered Western Europe as a Syrian refugee has many U.S. governors concerned about President Obama's plan to allow 10,000 (maybe more) refugees in to the country. The White House held a 90 minute phone conference with the 34 governors who are refusing to allow refugees into their states. The phone call was meant to reassure them of the vetting process, making empty promises about how they won't let terrorists into the country. Well, if the vetting process is so thorough,  how is it that a Syrian refugee has gone missing after arriving in Louisiana earlier this week? According to reports from WBRZ, the Catholic Charity who helped the refugee settle in Baton Rogue said that the man left for another state and they don't know where.

Read more about this missing refugee on the next page.