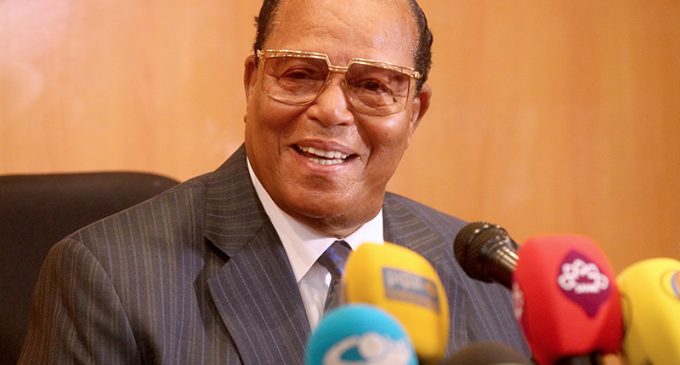 Iranian state television published a video on Sunday showing Nation of Islam leader Louis Farrakhan, a notorious anti-Semite who recently compared Jewish people to termites, leading an Iranian audience in “Death to Israel” and “Death to America” chants during a solidarity trip to Iran.

Farrakhan visited Iran ahead of the renewal of U.S. sanctions against the regime which will be implemented at midnight on November 5. The renewed sanctions are the result of the American withdrawal from the agreement negotiated by the Obama administration.

Farrakhan railed against the Trump administration for persecuting the Iranian people and siding with Saudi Arabia in its proxy war with Iran in Yemen.

“I understand how the enemies have plotted against the Iranian people and I would like to stay alongside you to stop their plots,” he said during a meeting with the secretary of Iran’s Expediency Council, Mohsen Rezaei, according to state-owned news agency Mehr. “Satan seeks to divide Muslims and wants them to kill each other, while God tells us in the Quran to be united.”

On the next page you get the full story plus video: