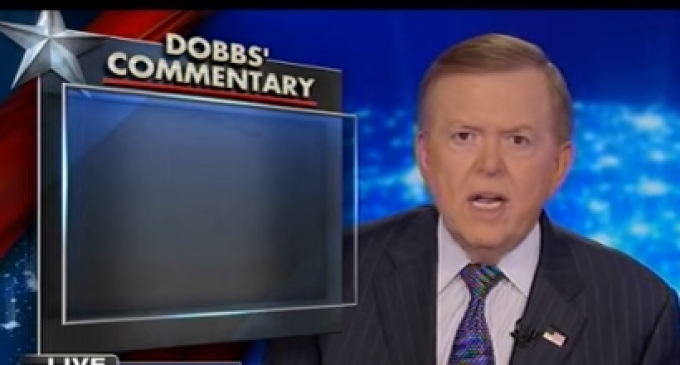 When we fought World War II, Nazism was an ideology that spawned tremendous evil and suffering. But there was no doubt that the world had to defeat Germany in order to root out Nazism. Germany was the source, or the foundation upon which Nazism was built, and political correctness did not play a role to confuse the issue or our recognition of what had to be done to win against Nazism. Cause and effect was clearer then, and it helped the nation focus on the real objectives.

In the video on page 2 Lou Dobbs makes some excellent observations about President Obama and his efforts from the very start of his presidency to confuse terminology in order to shape the argument. In the first year of his presidency, he renamed President George W. Bush's “War on Terror” to the “Overseas Contingency Operations.” He demanded government officials and even the media, which has been ever so compliant in all things Obama, to use verbiage that would completely disassociate acts of terrorism from Islam, or even radical Islam in spite of a very clear connection.

That may have been politically correct and made some people feel better, but the truth is that the vast majority of world terrorism has preceded from Islam, even if it is an aberration of traditional or formal Islam. To pretend that the massacre of 49 people in Orlando this past weekend was an act of “home-grown extremism” as Obama claimed, and to ignore the root of that extremism is to completely sever the connection of the terrorist act from what caused that act. The cause was a religious ideology subscribed to by not just one religious heretic or fanatic, but representative of hundreds of thousands of fanatics with differing backgrounds, home countries, and socioeconomic conditions, but with the same religious root… Islam.

Lou Dobbs nails the hypocrisy of Obama and Hillary Clinton in the video posted on page 2, and it is spot on. He also recognizes that Donald Trump is the one willing to call a spade a spade, and it is angering Obama and the politically correct crowd as they try to dance around the fact that their verbiage has simply been a scam that has obfuscated the real problem.