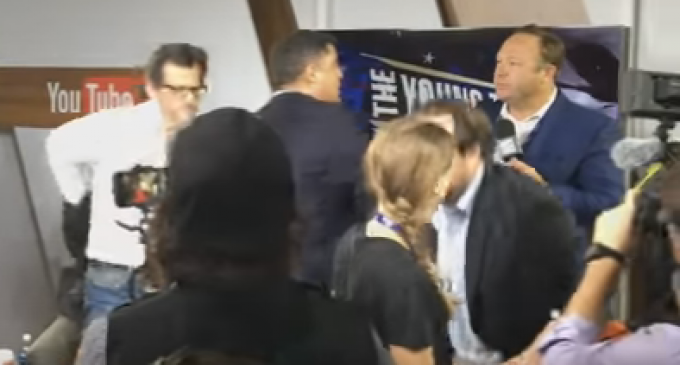 In the era of online news and political commentary, Infowars' Alex Jones and The Young Turks' Cenk Uygur have carved out niches for themselves as thought leaders amongst conservatives and liberals respectively. Naturally, the two have crossed paths in the past, butting heads in televised debates and criticizing each other in response videos. But these previous interactions did nothing to prepare either Jones or Uygur for what happened at the GOP convention.

Uygur and his fellow Young Turks commentators were hosting a livestream at the convention when Jones entered the stage and proceeded to talk with the show's host. Things got heated when the Infowars host gave his microphone to Uygur, who proceeded to criticize Jones' companion and former Trump advisor Roger Stone. The exchange escalated to the point that Uygur got up in Jones' face and yelled at him until event staff cleared the stage out.

See videos of the incident on the next page: